Top Ten Tuesday is  hosted by That Artsy Reader Girl. This week’s topic is a freebie so I decided to share the top 10 books that shocked me as a reader for one reason or another (don’t worry, I’ll explain each 😉)

In NO particular order:

Have you ever read the back cover for a book and even though people are RAVING about it, you’re not sure it’s going to be the right fit for you? The Reckoning at Gossamer Pond was a book that I will confess I was afraid to pick up and read initially because I was concerned that it would be what I call “ghost creepy” and I don’t do ghosts. BUT I was told over and over again by people to give it a chance and I wouldn’t be (too) scared lol. The results? Jaime Jo Wright instantly made it onto my must-read author pile and I appreciate that even though she can toe the line with some of the spooky content, she never actually steps outside of the boundaries of Christian content into the paranormal. 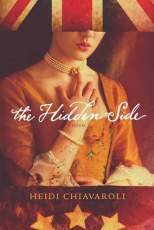 The Hidden Side released coincidentally during a time when school shootings were a major spotlight on national news. Heidi Chiavaroli entered territory where not many are willing to go to bring a powerful story to light. The book fog was very real after reading this one, and to be honest I don’t think I ever fully got over it. It’s still one that lingers in my mind.

Okay, NOT CF but I don’t think I’ve ever ugly-cried as much while reading a book in my life as I did Night Road by Kristin Hannah. I made the mistake of listening to the audiobook while I was working overnights and while the room was thankfully not too full of people, I had to keep stopping the track to compose myself because I didn’t want everyone to see me crying uncontrollably. It’s a story I think all teens should read, especially those who think partying is fun and “nothing bad” can really happen to them. I’ve never gotten over this one. I think it would make a great movie too. 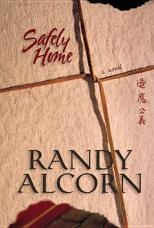 Safely Home is hands down the book that I would say has had the deepest impact on my life as a Christian. I read it back when I was in high school and it is still stuck with me. In the US we really aren’t able to grasp what persecution is like in other countries of the world. This book made me stop and ponder just how deep my faith went, and if I believed deeply enough that I’d be willing to die for Christ. 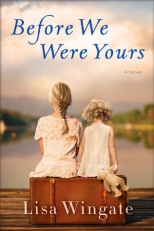 Admittedly, before I picked up Before We Were Yours I didn’t know that Georgia Tann was a real woman or that this story was rooted in historical events. I actually didn’t know it until after I’d finished the book and read the author note at the end. (Yes, this is another instance I tell everyone to always read the author notes!) It’s a heart-wrenching story, but knowing that it’s an actual part of history makes it even more of a story that shouldn’t be ignored. 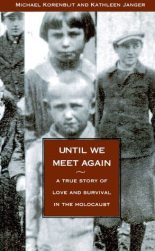 Until We Meet Again was the first book I ever read about WWII & the Holocaust. I was in middle school and I borrowed the book from a friend. At the time I didn’t even know what the Holocaust was. Now I’ve read countless books from the time period, but I don’t think you can ever forget your first, and this one shocked me in a huge way–discovering the reality of a very dark time in fairly recent history.

Another one that’s not CF and by Kristin Hannah, Winter Garden was the first book that I read by the author and I instantly knew I wanted to read more. I will not give anything away here but that ending?? WOW!!

Ever read a book that to a certain extent you can figure out how things will go before you get to the end of the story but you’ve found yourself so entrenched in it that it still hits you when you get there? This one had me literally sobbing out loud at the end. My husband would normally leave me alone when seeing me cry while reading a book (because truly it’s not that uncommon haha), but he actually stopped to ask me if I was okay. But it was also a complicated cry–which you won’t understand until you read the book. But you should absolutely read the book.

I cannot express the level of shock from this read without spoiling in some sort of way so I will just share that I was totally shocked by this one and the twists and turns made it an unpredictable read that left me in the book fog long after I’d finished. It just won the 2020 Inspy award for the general fiction category and its win was absolutely well earned. 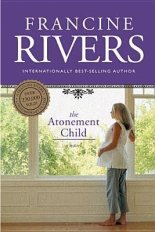 Don’t quote me on this, but I think The Atonement Child was my first read by Francine Rivers. It was definitely one of those reads that stays with you long after you close the back cover though. It was raw and painful without shying away from the truth in a powerful way.

9 thoughts on “Top Ten Tuesday – Books That Completely Shocked Me”