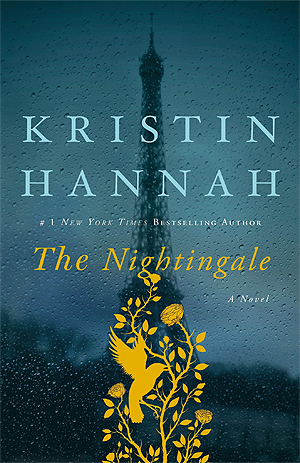 Over the weekend I saw that it’s been spoiled that the Fanning sisters (Dakota & Elle) will be playing the leading rolls in a movie that’s currently in the works for this one. I have to say, I was pretty excited to hear this was an incredible novel–one that I stayed up until 5am to read one night. Full warning that this isn’t a Christian Fiction read and does have some mature content in it, but WWII was also a very scary time and led people to do things they never would have believed they’d do. Desperate times led to desperate actions. If you haven’t read this one yet it’s one I highly recommend.

France, 1939
In the quiet village of Carriveau, Vianne Mauriac says goodbye to her husband, Antoine, as he heads for the Front. She doesn’t believe that the Nazis will invade France…but invade they do, in droves of marching soldiers, in caravans of trucks and tanks, in planes that fill the skies and drop bombs upon the innocent. When France is overrun, Vianne is forced to take an enemy into her house, and suddenly her every move is watched; her life and her child’s life is at constant risk. Without food or money or hope, as danger escalates around her, she must make one terrible choice after another.

Vianne’s sister, Isabelle, is a rebellious eighteen-year-old girl, searching for purpose with all the reckless passion of youth. While thousands of Parisians march into the unknown terrors of war, she meets the compelling and mysterious Gäetan, a partisan who believes the French can fight the Nazis from within France, and she falls in love as only the young can…completely. When he betrays her, Isabelle races headlong into danger and joins the Resistance, never looking back or giving a thought to the real–and deadly–consequences. 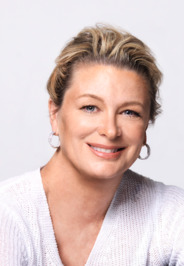 Kristin Hannah is the award-winning and bestselling author of more than 20 novels including the international blockbuster, The Nightingale, which was named Goodreads Best Historical fiction novel for 2015 and won the coveted People’s Choice award for best fiction in the same year. Additionally, it was named a Best Book of the Year by Amazon, iTunes, Buzzfeed, the Wall Street Journal, Paste, and The Week.

Kristin’s highly anticipated new release, The Great Alone, will be published on February 6, 2018 (St. Martin’s Press). The novel, an epic love story and intimate family drama set in Alaska in the turbulent 1970’s is a daring, stay-up-all-night story about love and loss, the fight for survival and the wildness that lives in both nature and man. It has been listed as one of the most anticipated novels of the year by The Seattle Times, Bustle.com, PopSugar, Working Mother, Southern Living, and Goodreads.

The Nightingale is currently in production at Tri Star, with award-winning director Michelle MacLaren set to direct. Home Front was optioned for film by 1492 Films (produced the Oscar-nominated The Help) with Chris Columbus attached to write, produce, and direct. Movie news on The Great Alone is coming soon.