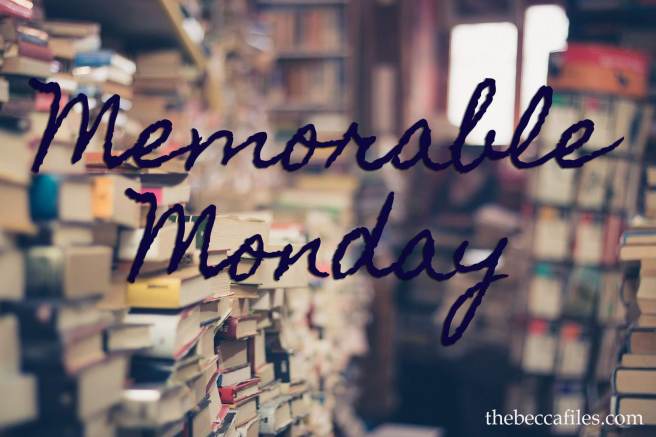 Okay, so I know I’ve featured this book before in the past but you may or may not be aware that Love Comes Softly is celebrating it’s 40th anniversary this year by releasing a special edition with a new cover design. Isn’t it gorgeous?? I just received a copy of it in the mail a few days ago, but it officially goes on sale very soon on August 6, 2019. I couldn’t help but share the book love by featuring this one again to showcase the new look. Although I have to admit that I’m not a huge fan of the movie series, the book series is one of my all-time favorites. If you haven’t read it yet you truly must!

The classic that launched modern inspirational fiction reaches its milestone 40th year in print with 1.6 million copies sold. Its new look readies it to be enjoyed by a new generation of readers.

She ventured west with the man she loved, but in one day her whole world had crumbled around her…

Nineteen-year-old Marty Claridge starts west with her adventurous, boyish husband, Clem, seeking to claim land and hoping for good fortune. But when the venture turns suddenly to tragedy, Marty is left alone with her great loss. And coupled with her grief and heartache is the grim reality that there is no way to return home.

Clark Davis and his little girl, Missie, are also in great need. Clark’s wife has died, leaving him to care to Missie and the farm at the same time. His offer to Marty comes with good intention, but will courage and faith be enough to bring them to true love?

Janette Oke writes with a profound simplicity of what she knows best—real life, honest love, and lasting values. With over 23 million in sales, her historical novels portray the lives of early North American settlers from many walks of life and geographical settings. She also writes engaging children’s stories and inspiring gift books that warm the heart.

Janette was born during the depression years to a Canadian prairie farmer and his wife, and she remembers her childhood as full of love and laughter and family love. After graduating from Mountain View Bible College in Canada where she met her husband, Edward, they pastored churches in Canada and the U.S., and they raised their family of four children, including twin boys, in both countries. Edward eventually became president of Mountain View Bible College and recently established a coalition of colleges that became Rocky Mountain Bible College.

During her earliest years, Janette sensed the desire to write. Though she yearned to be a published novelist, she devoted herself to being a wife and mother because, she says, “there is no higher honor—that is my number-one priority.” She began serious writing when her children were entering their teens.

Her first novel, a prairie love story titled Love Comes Softly, was published by Bethany House in 1979. This book was followed by more than 75 others. She reaches both religious and general markets, telling stories that transcend time and place. Her readers of all ages and walks of life can identify with the everyday events and emotions of her characters. Janette believes everyone goes through tough times—the key is to be prepared with a strong faith as the foundation from which decisions are made and difficult experiences are faced. That perspective is subtly woven throughout her novels.

After Love Comes Softly was published, Oke found her readers asking for more. That book led to a series of eight others in her Love Comes Softly series. She has written multiple fiction series, including The Canadian West, Seasons of the Heart and Women of the West. Her most recent releases include a beautiful children’s picture book, I Wonder…Did Jesus Have a Pet Lamb and The Song of Acadia series, co-written with T. Davis Bunn.

Janette Oke’s warm writing style has won the hearts of millions of readers. She has received numerous awards, including the Gold Medallion Award, The Christy Award of Excellence, the 1992 President’s Award for her significant contribution to the category of Christian fiction from the Evangelical Christian Publishers Association, and in 1999 the Life Impact Award from the Christian Booksellers Association International. Beloved worldwide, her books have been translated into fourteen languages.

In recent years, Janette and her siblings lovingly restored their parents’ prairie farm home, and it now serves as a gift shop and museum of prairie life. Please see below for a special invitation to the Oke Writing Museum and The Steeves’ Historical House. She and her husband live nearby in Alberta, Canada, where they are active in their local church. Visits from their families, including their grandchildren, are their delight.

Share the name of a book you read in the past and why it was so memorable to you in the comments below! You can also click the icon below to share a link to your own Memorable Monday post 🙂

I invite you to participate in Memorable Mondays!
(Please remember to designate applicable posts as mature), see full guidelines for details.