She said she’d never love a man in uniform.

Paige McDonald collects antique literature and works at the largest bookstore in Portland, Oregon. When her grandfather, a firefighter, was killed, she vowed never to fall in love with a first responder. An old Bible leads to an unexpected discovery and disrupts everything she knows about herself, her family, and God. Her desire to know the truth sends her to the town of Whitman directly into the radar of Patrol Officer Hamilton Bryant.

After the loss of his best friend and fellow officer, Hamilton vowed never to marry. He won’t risk leaving a widow. Instead, he reserves his passion for serving his family and the town he’s sworn to protect. When a series of robberies and threats against the mayor correspond with Paige’s sudden appearance in Whitman, their paths intersect.

No Greater Love was so much more than the back cover described. There were multiple threads to the story that weaved together impeccably to build the perfect masterpiece.

Paige is more than just a girl afraid of love. When she discovers that her past isn’t what she’d always thought, she sets off on a journey in search of answers. Yet things aren’t quite what they seem in the town of Whitman, and she appears to have arrived right in time for some mysterious criminal activity including threats to the woman campaigning for mayor. Afraid to reveal her true reasons for coming to town, she manages to put a target on herself unknowingly. Paige was also an avid book lover, and I adored seeing her work to help revive a little bookstore in town back to being profitable again. There was so much to her story, and I loved every moment of it.

I loved the level of complexity to this novel. Even though there was a lot going on, it wasn’t difficult to follow along. It helped to keep the action and suspense high without needing to add over-the-top or unrealistic content to keep the readers connected.

I am genuinely curious where the author will take readers in the second book in this series. I don’t want to ruin the ending at all, but after that last line I simply MUST know what happens next! (No peeking! 😉 ) This is a novel I highly recommend!

Gina Holder completed the Long Ridge Writer’s Group “Breaking into Print” course and graduated from Faith Bible Institute. In August 2017, she published her first novel, Whither Shall I Go. She is active on Facebook, Twitter, Instagram, and Goodreads. Her Website and Blog is found at http://storiesbygina.wordpress.com.

She lives in Colorado with her husband and daughter. When she’s not working on her next novel, she enjoys reading, watching movies, singing, and playing the piano and organ.

For Him and My Family, July 19

To celebrate her tour, Gina is giving away a grand prize of a signed paperback copy of No Greater Love and Whither Shall I Go plus a $50 Amazon gift card!! 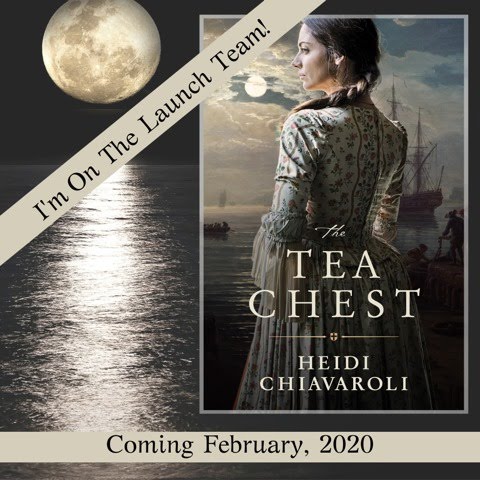