I read The Auschwitz Escape after it was recommended to me by sister-in-law Leah. It was an incredible novel of people coming together to escape the evil forces around them. A fictional story based on real events, this is a story that will surely leave an imprint on your heart. Make sure you have a box of tissues handy, but I absolutely recommend picking this one up.

A terrible darkness has fallen upon Jacob Weisz’s beloved Germany. The Nazi regime, under the leadership of Adolf Hitler, has surged to power and now hold Germany by the throat. All non-Aryans — especially Jews like Jacob and his family — are treated like dogs.

When tragedy strikes during one terrible night of violence, Jacob flees and joins rebel forces working to undermine the regime. But after a raid goes horribly wrong, Jacob finds himself in a living nightmare — trapped in a crowded, stinking car on the train to the Auschwitz death camp.

As World War II rages and Hitler begins implementing his “final solution” to systematically and ruthlessly exterminate the Jewish people, Jacob must rely on his wits and a God he’s not sure he believes in to somehow escape from Auschwitz and alert the world to the Nazi’s atrocities before Fascism overtakes all of Europe. The fate of millions hangs in the balance. 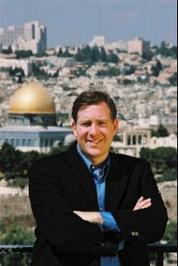 Joel C. Rosenberg is the founder of The Joshua Fund and the New York Times best-selling author of THE LAST JIHAD (2002), THE LAST DAYS (2003), THE EZEKIEL OPTION (2005), THE COPPER SCROLL (2006), EPICENTER (2006) and DEAD HEAT (2008) with more than 1.5 million copies in print. THE EZEKIEL OPTION was named by the ECPA as the Gold Medallion winner of the “Best Novel of 2006.” Joel, an evangelical Christian whose mother is Gentile and whose father is from an Orthodox Jewish background, previously worked with several U.S. and Israeli leaders, including Steve Forbes, former Israeli Deputy Prime Minister Natan Sharansky, and former Israeli Prime Minister Benjamin Netanyahu. He has been interviewed on hundreds of radio and TV shows.
He and his wife have four sons and live near Washington, DC.