I don’t remember exactly when I read this book, but I want to say it was sometime in the early 2000’s. I found a copy of it in a bargain bin and snatched it up. At the time I was heavily into memoirs and it peaked my interest. The level of poverty that Frank and his family came from was heartbreaking. This is a story I’m not soon to forget. I will warn that there was some content to be aware of. There was language, sexual content, and alcohol abuse. It was about the author’s real life, and he didn’t sugarcoat it. The book was also made into a film that was released in 1999.

Imbued on every page with Frank McCourt’s astounding humor and compassion. This is a glorious book that bears all the marks of a classic.

So begins the Pulitzer Prize winning memoir of Frank McCourt, born in Depression-era Brooklyn to recent Irish immigrants and raised in the slums of Limerick, Ireland. Frank’s mother, Angela, has no money to feed the children since Frank’s father, Malachy, rarely works, and when he does he drinks his wages. Yet Malachy– exasperating, irresponsible and beguiling– does nurture in Frank an appetite for the one thing he can provide: a story. Frank lives for his father’s tales of Cuchulain, who saved Ireland, and of the Angel on the Seventh Step, who brings his mother babies.

Perhaps it is story that accounts for Frank’s survival. Wearing rags for diapers, begging a pig’s head for Christmas dinner and gathering coal from the roadside to light a fire, Frank endures poverty, near-starvation and the casual cruelty of relatives and neighbors–yet lives to tell his tale with eloquence, exuberance and remarkable forgiveness.

Angela’s Ashes, imbued on every page with Frank McCourt’s astounding humor and compassion, is a glorious book that bears all the marks of a classic. 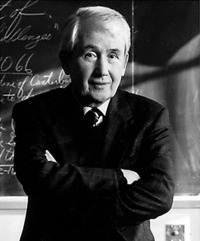 Francis “Frank” McCourt was an Irish-American teacher and author. McCourt was born in Brooklyn; however, his family returned to their native Ireland in 1934.

He received the Pulitzer Prize (1997) and National Book Critics Circle Award (1996) for his memoir Angela’s Ashes (1996), which details his childhood as a poor Irish Catholic in Limerick. He is also the author of ‘Tis (1999), which continues the narrative of his life, picking up from the end of the previous book and focusing on life as a new immigrant in America. Teacher Man (2005), detailed the challenges of being a young, uncertain teacher who must impart knowledge to his students. His works are often part of the syllabus in high schools. In 2002 he was awarded an honorary degree from the University of Western Ontario.