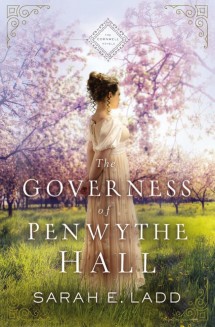 Book: The Governess of Penwythe Hall

In the first of a new series from beloved Regency romance author, Sarah Ladd, Delia, a governess to five recently orphaned children, would risk anything to protect them . . . even her heart.

Cornwall was in her blood, and Delia feared she’d never escape its hold.

Blamed for her husband’s death, Cordelia Greythorne fled Cornwall and accepted a governess position to begin a new life. Years later her employer’s unexpected death and his last request to watch over his five children force her to reevaluate. She can’t abandon the children now that they’ve lost both parents, but their new guardian lives at the timeworn Penwythe Hall . . . back on the Cornish coast she tries desperately to forget.

Jac Trethewey is determined to revive Penwythe Hall’s once-flourishing apple orchards, and he’ll stop at nothing to see his struggling estate profitable again. He hasn’t heard from his brother in years, so when his nieces, nephews, and their governess arrive unannounced at Penwythe Hall, he battles both grief of this brother’s death and bewilderment over this sudden responsibility. Jac’s priorities shift as the children take up residence in the ancient halls, but their secretive governess—and the mystery shrouding her past—proves to be a disruption to his carefully laid plans.

Rich with family secrets, lingering danger, and the captivating allure of new love, this first book in the Cornwall Novels series introduces us to the Twethewey family and their search for peace, justice, and love on the Cornish coast. 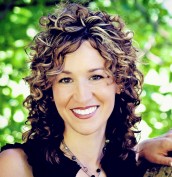 Sarah E. Ladd received the 2011 Genesis Award in historical romance for The Heiress of Winterwood. She is a graduate of Ball State University and has more than ten years of marketing experience. Sarah lives in Indiana with her amazing family and spunky golden retriever. Visit her online at SarahLadd.com; Facebook: SarahLaddAuthor; Twitter: @SarahLaddAuthor.

I’m going to confess that I judged a book by the cover and fell in love! I have heard wonderful reviews for Sarah E Ladd’s other books, and while I own a few of them myself I hadn’t read any yet. The cover art caught my attention at first, but then the description excited me even more for the read.

This story was written with stunning imagery to heighten your senses and make you feel as if you are standing in the midst of the setting. It melded perfectly so that it flowed with the story without overpowering it or eliminating room for imagination. The quality of the writing was simply flawless and effortlessly held my attention captive.

One thing that I found unique about the story was the perception on the relationship between brothers Randall and Jac. During the time period of the book inheritances and family structures were far different from how they are today. Without giving too much detail into their background, Jac had received the inheritance that was expected to have belonged to his brother Randall. The brothers had a falling-out and  so it comes to a surprise that Jac is awarded guardianship of his nieces and nephews upon Randall’s unexpected death. What I found intriguing about this relationship was that despite the tension between the brothers, neither is considered the villian. (Don’t worry though, there’s still a clear antagonist). As the story progresses you realize that what was differences in goals and personality tore the brothers apart and prevented them from having a relationship with one another. Jac experiences regret that their differences couldn’t be settled sooner. Not every argument holds a “good guy” and “bad guy.” I personally felt that their conflict along Jac’s wrestling over the past was impeccably written.

I really enjoyed this story and sincerely hope to read more from this author in the future. It was beautifully written and was highly captivating. I highly recommend it to historical romance fans!

More About The Governess of Penwythe Hall

5 things to know about Cornwall, England:

The Power of Words, April 12

To Everything A Season, April 12

For the Love of Literature, April 13

For HIm and My Family, April 20

Through the Fire Blogs, April 22

The Meanderings of a Bookworm, April 24 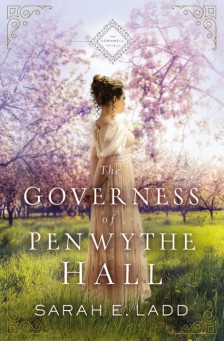 To celebrate her tour, Sarah is giving away a grand prize of a finished paperback copy of The Governess of Penwythe Hall!!