A psychologist paralyzed by fear.

A mother propelled by love.

A stalker bent on destruction.

Psychology professor Dr. Denilyn Rossi contends that the past is either a shadow that haunts us or a force that propels us. The choice is ours, she tells her students. What she doesn’t tell them is that her own past is a shadow she can’t seem to shake. Fear has immobilized her and is taking a costly toll.

Adelia Sanchez, however, has embraced Dr. Rossi’s teaching. She is ready to confront fear and render it powerless—using the trauma of her past to propel her to entrap the man who stalked and brutally attacked her.

As Denilyn’s past and Adelia’s present converge at the Kaweah River, a dangerous man bent on destruction threatens them both. Will he uncover the secret Deni and Adelia have fought so hard to protect?

Ginny Yttrup is the award-winning author of Words, Lost and Found, Invisible, and Flames. She writes contemporary women’s fiction and enjoys exploring the issues everyday women face. Publishers Weekly dubbed Ginny’s work “as inspiring as it is entertaining.” When not writing, Ginny coaches writers, critiques manuscripts, and makes vintage-style jewelry for her Esty shop, Storied Jewelry (etsy.com/shop/StoriedJewelry). She loves dining with friends, hanging out with her adult sons, or spending a day in her pajamas reading a great novel. Ginny lives in northern California with Bear, her entitled Pomeranian. To learn more about Ginny and her work, visit ginnyyttrup.com.

Wow! This book will certainly be making my top reads for 2019 list! Incredible! With just the right blend of predictability mixed with the totally unexpected, Convergence is a page-turner you won’t be able to put down!

Deni is a psychologist who deals with crippling fear and panic attacks following a traumatic event in her past. I will allow you to find out the details yourself when you read, but in the story Deni has to deal with analyzing if the fear she is experiencing is her PTSD acting up, or if she has truly found herself in danger again. Unfortunately when she faced her initial trauma, she didn’t have the emotional or physical support she should have had. Instead, her fears including actual threats were dismissed which lead to a whole new gamut of emotional turmoil. Now years later, she has an even larger hurtle to determine if should trust her instincts or not.

Several years ago when I was in high school I dealt with a guy who started to stalk me. It started out when I met him in the hallway one day and said hello to him while walking to my class. I had seen him before but didn’t know who he was. I was just being polite. Immediately after that he started showing up almost everywhere including my work. He would hug me for too long as if I was his girlfriend. I wouldn’t hug him back but I wouldn’t fight him because I was afraid to make a scene. He would show up at my lunch table with my friends and have his hands on me. Multiple times he would show up with his hand in a bandage and say it was because he lost his cool and either punched a locker or wall or whatever happened to be in front of him. One day I saw the evidence of him punching a hole through a wall. So needless to say, I was afraid of him. I told my friends I didn’t want him near me and he scared me, but he acted really sly and they thought he was just nice. They even laughed about it and said they thought he was cool. I won’t share any more details, but I will say that eventually they saw his true colors too and I was able to get him to leave me alone. I share this because this story really brought me back to that (So yes, this story CAN be a strong PTSD trigger). I wanted him to leave me alone but the people I thought would support me thought I was being unreasonable. It made me question myself if I was over-reacting or if he was a real threat. These are the types of thoughts that ran through Deni’s mind, as her husband–the person who was supposed to be her biggest supporter and protector– dismissed her fears and was absent when she needed him most. Sometimes the wounds from those we love are actually the ones that scar us the most.

This story is full of twists and turns and is sure to keep your mind racing. This is my first time reading a book by Ginny Yttrup, but from what I’ve read this is her first book in the Christian suspense/thriller genre and I never would have guessed. She writes like a truly seasoned suspense pro! This story had me on the edge of my seat and I highly recommend as a must-read!

*I received a copy of this book through CelebrateLit and NetGalley. Thoughts and opinions expressed are mine alone.

As I mentioned above, this story would come with a trigger warning for PTSD particularly for stalking and assault.

A psychologist paralyzed by fear.

A mother propelled by love.

A stalker bent on destruction.

Dr. Denilyn Rossi’s past is a shadow that haunts her. Adelia Sanchez’s past is a force that propels her. When Denilyn’s past and Adelia’s present converge at the Kaweah River, a dangerous man bent on destruction threatens them both. Will he uncover the secret Deni and Adelia have fought so hard to protect? Find out in Convergence by Ginny L. Yttrup.

Read an Exclusive Excerpt from Convergence:

She straightens, squares her shoulders, and takes a deep breath as she climbs aboard the plane. There are no seats, the other divers are piled close to one another on the floor. Mike points to an open space near him. She lowers herself, sits, pulls her knees to her chest, and then looks out the oval window next to her.

That’s when she sees him.

Her breath catches. She leans in, cups her hands on the glass to cut the glare, and peers out.

Her heart batters her chest and her pulse roars in her ears, nearly drowning out the clamor of the plane’s propeller. It isn’t him. You’re imagining things, she tells herself. She inhales then exhales. She takes another look then stares at the man near the hangar. He pulls some­thing from his shirt pocket, sticks it in his mouth. A cigarette? She watches as he lights it. It isn’t him. He doesn’t smoke. Anyway, it’s impossible. She knows where he is, and it isn’t here.

He’s seen her staring at him through the window of the plane. He takes a drag, flicks ash to the ground, and smiles. But his eyes behind the sunglasses are cold. Hard.

She steadies herself as the plane shoots down the runway then lifts. As memories flash, perspiration trickles down her back. She inhales again, deeper this time. It wasn’t him. Let it go, she admon­ishes, then shakes her head.

Fear will not win. Not this time. Not ever again.

Within what feels to her like mere moments, the group of profes­sional skydivers have all jumped, and she stands, back pressed against Mike, hooked to his harness. They brace themselves against the pum­meling force of wind as they wait near the gaping opening in the side of the plane. She pulls goggles from the top of her head down over her eyes.

“Step to the edge,” Mike yells. When she doesn’t move, he yells again, this time his breath hot against her ear. She hesitates then steps forward, him stepping in sync with her. There’s nothing to see but the vast expanse.

Heart hammering her rib cage, she leans forward, eyes squeezed shut, and falls more than jumps into nothingness, arms stretched wide. She anticipates the sensation of falling—stomach lifting to throat—but it isn’t evident as she’d expected. Nor is the velocity at which she knows they’re falling. She dares to open her eyes, only aware of the force of air pushing her cheeks back to her ears, which makes her laugh.

The free fall is like nothing she’s experienced. She laughs again, the sound carried heavenward on the drafts, she imagines. Too soon she’s jerked, hard, the harness cutting into her thighs, and pulled upward with what seems like exceeding force. She hadn’t expected the force.

But then they’re floating. Soaring. “Oh,” she whispers. She wants to take it all in, remember every exhilarating moment. These currents she could ride forever. Tension is replaced by peace, pervasive peace.

“That was a hard pull.” Mike’s shouted words behind her threaten to break the spell, but she’s enchanted and pays little attention. She assumes the pull—the parachute opening and catching air—was harder than usual but fine. They’re fine. She doesn’t understand. Doesn’t know what’s to come. How could she?

As they float, her eyes are trained on the ground below. The earth is a patchwork of tones. She sees the river, a thread, stitched across the quilt of colors. She searches for familiar landmarks as her sense of confidence soars. She’s done it. Faced fear, terror even, and—

Land and sky spin as they interchange. Her lungs deflate. Pres­sure. The currents, tumultuous, pull her under and then spit her out. She can’t breathe. Why can’t she breathe? She gasps. She’s drowning. Help! Someone, help! But no. . . There’s no water. Instead, she’s above, where there’s nothing. Just. . .

A scream sounds in her mind. Rings in her ears. Scathes her throat.

Awareness hits. She’s going to die. It’s her only thought. There are no thoughts of those she loves. Those who love her. Memories don’t flash. No, just the one thought. The only thought she has time for.

She is going to die.

To Everything A Season, March 31

For Him and My Family, April 2

Spoken from the Heart, April 4

Through the Fire Blogs, April 9 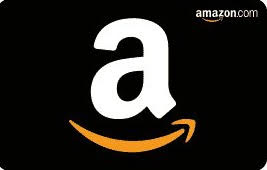 To celebrate her tour, Ginny is away a grand prize of a $25 Amazon gift card and a copy of Convergence!!

Be sure to comment on the blog stops for nine extra entries into the giveaway! Click the below to enter.