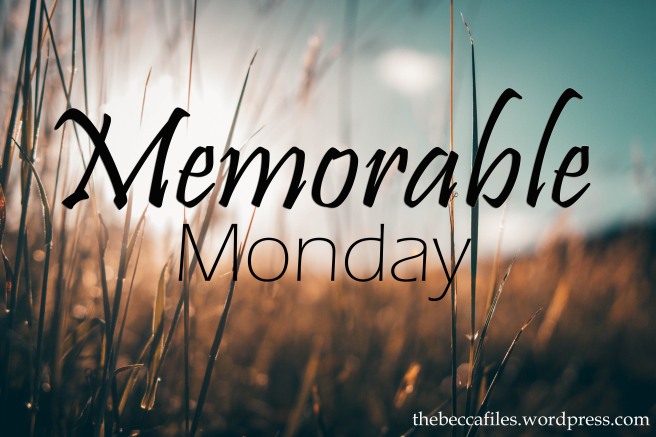 The purpose of memorable Monday is to showcase a book that you’ve read in the past and share how/why it has stuck with you. 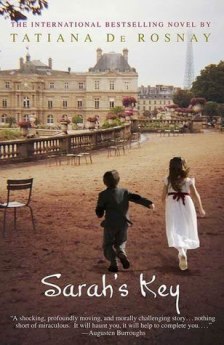 I don’t know what it is with me an heartbreakers, but this was another one of them that really hit me. I know there’s a movie that came out for it too but I haven’t seen it yet. If you read a lot of WWII and Holocaust fiction this is one I’d definitely recommend giving a read.

Paris, July 1942: Sarah, a ten year-old girl, is taken with her parents by the French police as they go door-to-door arresting French families in the middle of the night. Desperate to protect her younger brother, Sarah locks him in a bedroom cupboard-their secret hiding place-and promises to come back for him as soon as they are released.

Sixty Years Later: Sarah’s story intertwines with that of Julia Jarmond, an American journalist investigating the roundup. In her research, Julia stumbles onto a trail of secrets that link her to Sarah, and to questions about her own romantic future. 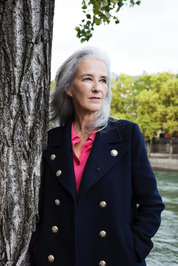 Tatiana de Rosnay was born on September 28th, 1961 in the suburbs of Paris. She is of English, French and Russian descent.  Her father is French scientist Joël de Rosnay, her grandfather was painter Gaëtan de Rosnay.  Tatiana’s paternal great-grandmother was Russian actress Natalia Rachewskïa, director of the Leningrad Pushkin Theatre from 1925 to 1949. Tatiana’s mother is English, Stella Jebb, daughter of diplomat Gladwyn Jebb, and great-great-granddaughter of Isambard Kingdom Brunel, the British engineer. Tatiana is also the niece of historian Hugh Thomas.

Tatiana was raised in Paris and then in Boston, when her father taught at MIT in the 70’s. She moved to England in the early 80’s and obtained a Bachelor’s degree in English literature at the University of East Anglia, in Norwich. Returning to Paris in 1984, Tatiana became press attaché for Christie’s and then Paris Editor for Vanity Fair magazine till 1993. Since 1992, Tatiana has published 11 novels in France. Sarah’s Key is her first novel written in her mother tongue, English.

Sarah’s Key was published in 40 countries and has sold over nine million copies worldwide. Kristin Scott-Thomas stars in the movie adaptation by Gilles Paquet-Brenner (2010). Tatiana published A Secret Kept (also written directly in English) in September 2010 in the USA. Called Boomerang in Europe, this book, written in English, is also an international besteller published in 15 countries and movie rights have been sold. She then published The House I loved, (in English, in 2012) which was also sold to numerous countries. Russian Ink(À l’encre russe) was published in 2013, and sold to 10 countries. Manderley Forever, a biography of Daphne du Maurier was published in France in March 2015 and then in Italy, Denmark, Holland and USA.

Tatiana is married and has two children. She lives in Paris with her family.