The Book I’m featuring this week is:

Anyone else excited for this release?? So I originally planned to read one more book before digging into this one… until I opened it up to copy the first line and fell in lol. What can I say? It’s a hazard to open a book and share the first line when you’re in-between books! I can’t even tell you how giddy I felt when I found out I was part of the influencer team for this book. I’ve read the other books in this series and have LOVED them all so far so I’m very excited to dig in and see how Jody concludes it all 🙂

Despite years on the run, Sophie Neumann is determined to care for two young children. She won’t abandon them the way she thinks her older sisters abandoned her. But times are growing desperate, and when she falls in with the wrong crowd and witnesses a crime, she realizes fleeing 1850s New York is her only option.

Disappearing with her two young charges into a group of orphans heading west by train, Sophie hopes to find safety and a happy life. When the train stops in Illinois for the first placement of orphans, Sophie faces the most difficult choice of her life.

Reinhold Weiss has finally purchased his own small farm. With mounting debts, a harvest to bring in, and past scars that haunt him, he’s in no position to give his heart away . . . but can he say no when his long-lost friend shows up on a nearby train pleading for his help? 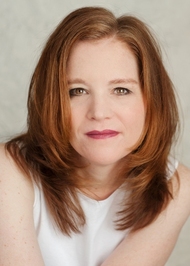 Jody Hedlund is the author of over twenty historicals for both adults and teens and is the winner of numerous awards including the Christy, Carol, and Christian Book Award.

Jody lives in central Michigan with her husband, five busy children, and five spoiled cats. Although Jody prefers to experience daring and dangerous adventures through her characters rather than in real life, she’s learned that a calm existence is simply not meant to be (at least in this phase of her life!).

When she’s not penning another of her page-turning stories, she loves to spend her time reading, especially when it also involves consuming coffee and chocolate.